How to setup a ring group in
Ozeki Phone System XE

Ozeki Phone System XE makes it possible to create ring groups efficiently. Ring group feature refers to directing incoming telephone calls to various extensions so that any of the devices can answer it. For this purpose you can define various call routing rules in the telephone system. This guide describes how Ozeki Phone System XE helps you exploit this versatile feature.


What is a ring group?

At the early stage of telecommunication, call routing only referred to routing incoming calls to an extension that belonged to the dialled number. While in the modern age of telecommunication call routing offers much more sophisticated and complex solutions. For example, it can be configured that more than one extension needs to ring when there is an incoming call. It is called ring group.

However, if you ring phones simultaneously, you will speak the fastest one, who answers the phone (Figure 2).

Ozeki Phone System XE offers full support for setting call routing rules, creating and managing ring groups. You can add any number of SIP accounts to the created ring group. Since ring groups are only virtual classifications among SIP extensions, it is possible to add one SIP extension to more than one ring group.

Once you created ring groups, Ozeki Phone System XE forwards all incoming calls to the extensions included in the given ring group. When the call is accepted by one of the extensions, the telephone system sets up the communication channel with this extension while stops ringing other extensions.

Let's see what you should do in order to setup a ring group effectively.

First, login to the Phone System with your username and valid password (Figure 3) 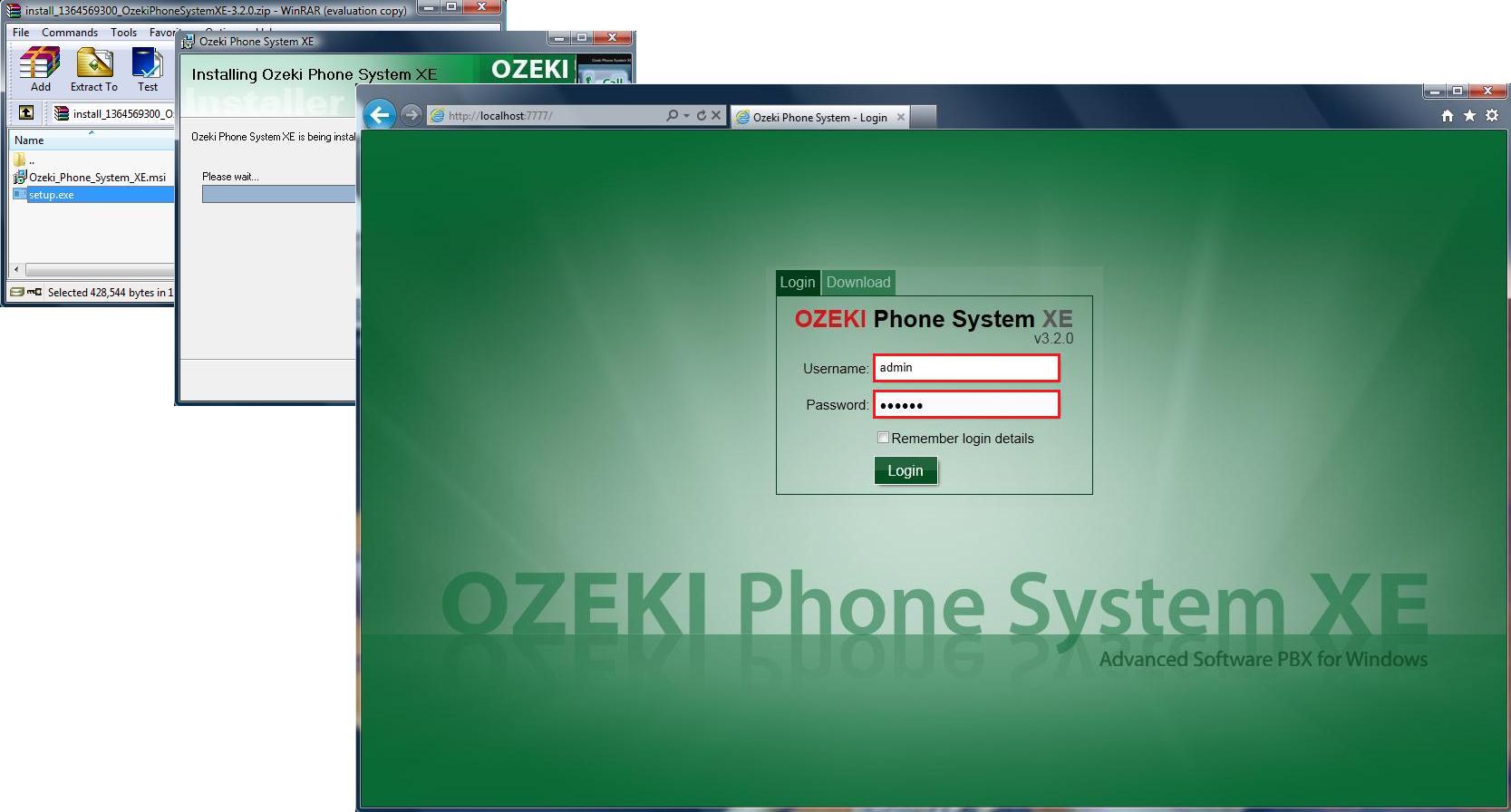 Since the ring group is an extension you need to add it. On the right side of the screen you will see a green box called Extensions. Click 'Add' button to create a new ring group. (Figure 4).

On the left half of the screen click on the 'Install' button next to the Ring group label (Figure 5). If you put a tick in the 'Call member if busy' box, then the member will be called even if he is in a conversation. Now, you can create your ring group. Add the extensions one by one.(Figure 7) Congratulations! Now, you can see your new ring group at the Home Screen. (Here, it is 9998, since that was the chosen number)(Figure 8). You can always reconfigure the ring group later on, just click on the 'Open' button next to the extension.

By default, every extension can call every other extension. You can read more about the supported ones here.
If you would like to change the default settings, or you would like to handle outgoing and incoming calls from outside lines, you will need to set up dial plans for that, for example:

You can read more about dial plans and call routing rules here.

You can notice, that under these extensions there are new messages.

Creating ring groups are suitable when rendering multiple phones to a number. This is good if you want the call answered faster, because more people can answer the call. This is also advised if you want the phones to ring in a specific order. For example the phone of the boss will only ring if the secretary can not pick it up. The ring group is an extension in Ozeki Phone System XE, the number of the extensions are the phone numbers of the ring group.

If you have any questions or need assistance, please contact us at  info@ozekiphone.com